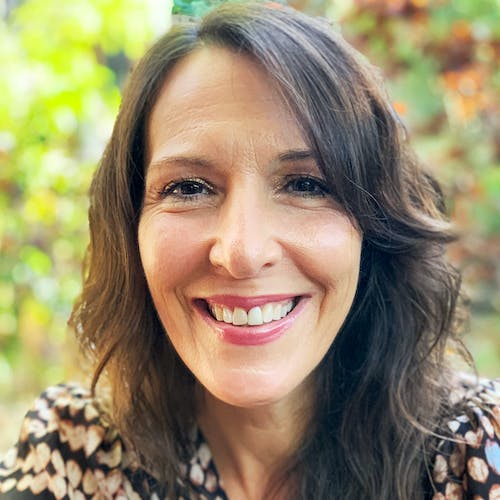 “I’ve dedicated my life to helping people find more fulfillment and meaning in their connections with others and in life itself. ”

Licensed In
Therapists are legally required to obtain licenses in individual states in order to practice there. That’s why your location matters when we match you.

Are you living the life you want? Do your habitual patterns get in the way of you being present in life and relationships? I’ve dedicated my life to helping people find more fulfillment and meaning in their connections with others and in life itself. If you need a life reboot, I can help you to identify the hidden commitments you have with yourself and overcome the blocks that get in the way of you achieving your life priorities. Our work together can help you to heal and nurture your relationship with your body, mind and spirit so you can address challenges more easily and live your life with greater self-confidence and self-love.

My approach is tailored to your needs. I use a cognitive behavioral framework and integrate positive psychology, mindfulness, somatically-oriented interventions and brain science. These methods enable you to develop emotional agility and to build a body and mind that supports the positive changes you want to see in your life; changes that allow you to be your best-self!

Why did you become a mental health professional?

People fascinate me. I've always been interested in why people navigate the world and relationships in the way they do.

What are your interests outside of work?

I spend most of my time outside of work in nature with my horse, my husband and my friends. I love listening to audio books, meditating and hiking.

What is one thing you do daily that supports your well-being?

What book have you read more than once?

What Happened to You? by Bruce Perry and Oprah Winfrey. This book is brilliant. I think it is a must read for all people, and especially therapists, parents and teachers. My clients get a lot out of it too.

A Thousand Joys. I was the founding CEO and am proud of the work they do in schools and with other non-profits.

How do you recharge?

I sleep well, nourish my body with healthy food, exercise regularly and spend time with people I love. During my work day, I take breaks to go outside and get some sun and fresh air and to eat. I typically go for at least a 20 minute walk on days I see clients.

Do you have any pets?

I have a horse named Tara. My story below shares my experience with mindfulness and my ability to communicate with Tara.

Engaging daily in a formal mindfulness practice has expanded my awareness, taking my ability to influence my mind, body and emotions to a higher level, and making me a more relaxed being. My connection with my horse deepened, and my attentiveness to the subtle shifts in my horse’s behavior and in my own behavior improved my training skills.

The change in the clarity of my mind became obvious to me one day when I was filming one of my friends as she took her horse through a sequence of movements. My horse, Tara, was loose in the arena area. Normally, she would stay on the sidelines grazing on grass, but this day, she was being a little bit of a rascal, as she wanted to play. She stood in front of the camera doing all sorts of fancy moves to gain my attention. When that didn’t work, she tried walking over the back of the barrel I was sitting on. I continued to film my friend and simply asked Tara to lie down next to me. I had the image of her sitting next to me clear in my mind, but keeping the image clear wasn’t effortful, as it had been in the past. Within a few minutes Tara was on the ground sitting next to me. She responded to my request because I was more clear and present with her.

Sign up to receive Octave updates and information about mental health topics.

If you or someone you know is experiencing an emergency or crisis and needs immediate help, call 911 or go to the nearest emergency room. Here are some additional crisis resources.